Higher distribution always pays off, but how much? A recent study investigates distribution elasticity in Systembolaget, which has a monopoly on alcohol sales in Sweden. The chain has four different store formats (small, medium, large and extra-large). Assortment is identical within format, but the small stores offer only around 33% of the assortment of the extra-large stores. The stocking policy specifies that the extra-large format sells the complete national assortment, which is gradually reduced for each smaller format. 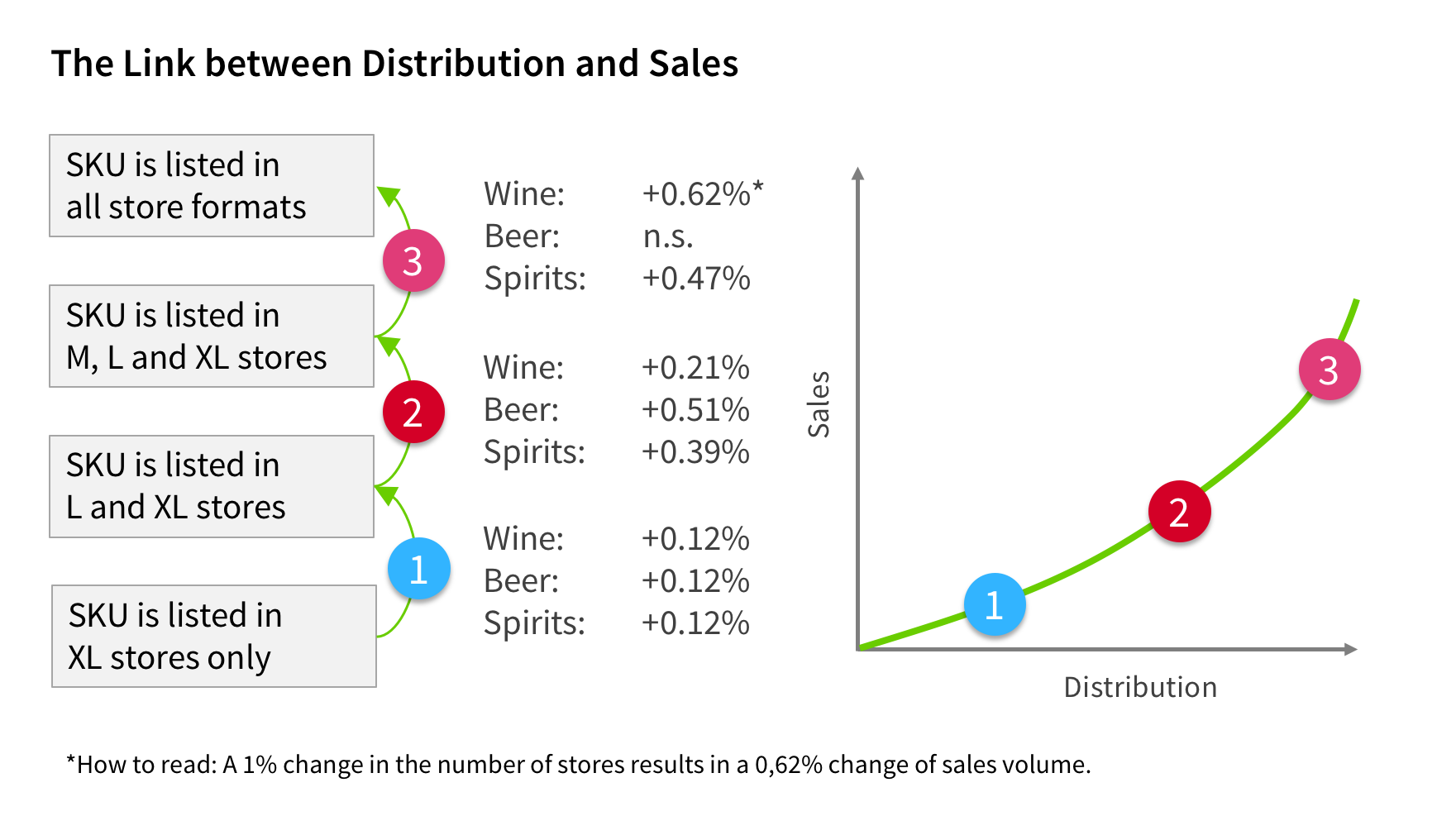 Getting distribution in smaller stores adds relatively more in sales volume because (a) these products get a larger piece of a smaller pie in these stores and (b) their higher availability overall is likely to build preferences and increase choice likelihood in other formats as well.

In our BG20 work on a much larger scale, we also find this “convex” relationship between distribution and penetration – extremely high levels of penetration require presence in almost all retail outlets.

How to drive new product to success

The importance between innovation success and the leading retailers

How much competitive clutter does a new product have to cut through?